Why Dementia Caregivers Experience Higher Levels of Stress and Burnout 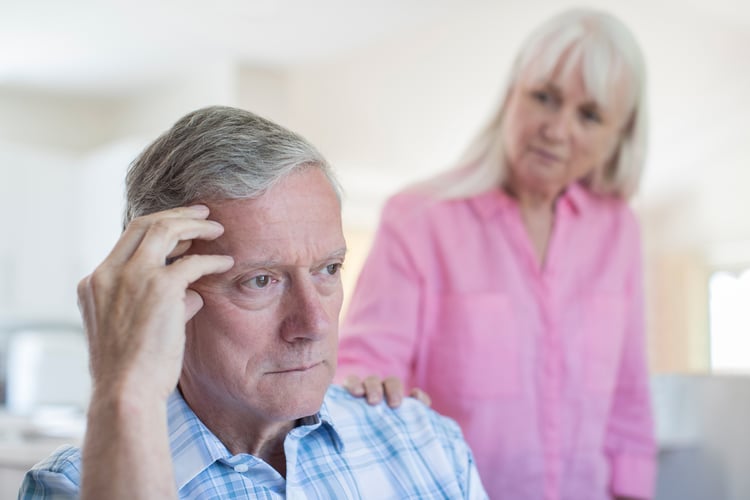 Often called the invisible second patient, caregivers of people with dementia experience higher levels of clinical depression, and rates of depression increase with the severity of cognitive impairment of the person with dementia. Depressed caregivers are more likely to have coexisting anxiety disorders, substance abuse or dependence and chronic disease, according to Families Care: Alzheimer’s Caregiving in the United States.

Dementia is associated with long care hours and physically demanding caregiving. According to one study, primary family caregivers of people with dementia report spending an average of nine hours per day providing help to their relatives, compared to four hours per day of caregivers of adults without dementia.

The care provided to people with Alzheimer’s disease and other dementias is wide-ranging and in some instances all-encompassing. Although many family caregivers help their loved ones with arranging for doctor’s appointments and household chores, dementia caregivers tend to provide more extensive assistance.

For example, family caregivers of people with dementia are more likely than caregivers of other elderly people to assist with any activities of daily living, help with self-care and mobility, and advocate for their care recipient with government agencies and service providers, according to data from the National Survey of Caregiving.

The Duration of Caregiver is Longer Among Dementia Caregivers

Research published in Caregiving in the U.S. shows that the toll of caregiving increases over time. Of those providing care for five years or more, 20 percent report their health is fair or poor, compared with 14 percent of those who have been giving care for less than a year. Caregivers who have been providing care for a year or longer are also more likely to report a higher degree of physical, emotional and financial strain than shorter-term caregivers.

Caring for a person with dementia also means managing behavioral symptoms of the disease that family caregivers of people with other diseases may not face, such as aggressive behavior, wandering, depressive mood, agitation, anxiety, repetitive activity and nighttime disturbances.

Additionally, people with Alzheimer’s disease eventually experience losses in judgment, orientation, and the ability to understand and communicate effectively — and their caregivers must help manage these issues. As symptoms worsen with the progression of dementia, the care required of family members can result in increased emotional stress and depression.

All too often, family caregivers lack the information or resources necessary to manage the increasing complexity of caring for their loved one with dementia.

In general, these interventions are designed to improve the health and well-being of dementia caregivers by relieving the negative aspects of caregiving. Ultimately, they can lighten the high rates of burden and psychological morbidity as well as social isolation, physical ill-health and financial hardship experienced by family caregivers of people with dementia, thereby improving the quality of the life of the people with dementia.